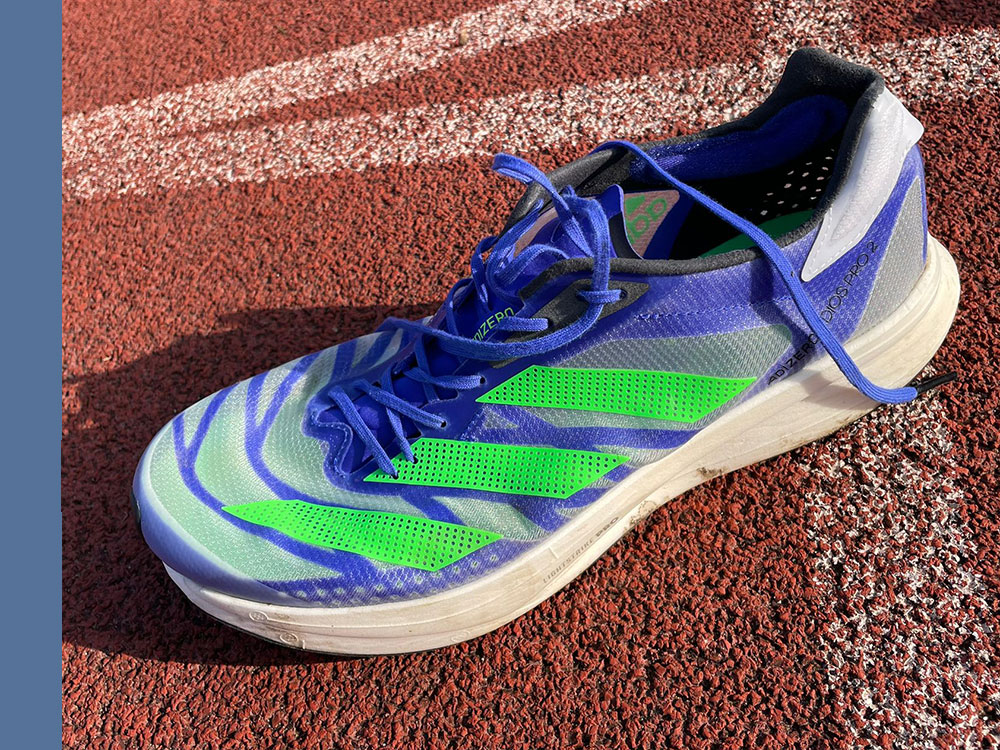 The original Adios Pro was Adidas’s first real attempt to make a carbon plate super shoe, and it was a hit with elites and amateurs alike. With the Adios Pro 2 Adidas has made several changes to the shoe to try and make it even more competitive in the cut-throat world of carbon racers, with a new cut-out on the medial side of the midsole standing out in particular.

Run Testers Kieran and Nick have been testing the Adidas Adios Pro 2 out recently and in this video they deliver their verdict on how it performs compared to other carbon super shoes, and whether the fact that it has a relatively low price of £180 makes it the best value carbon racer going.