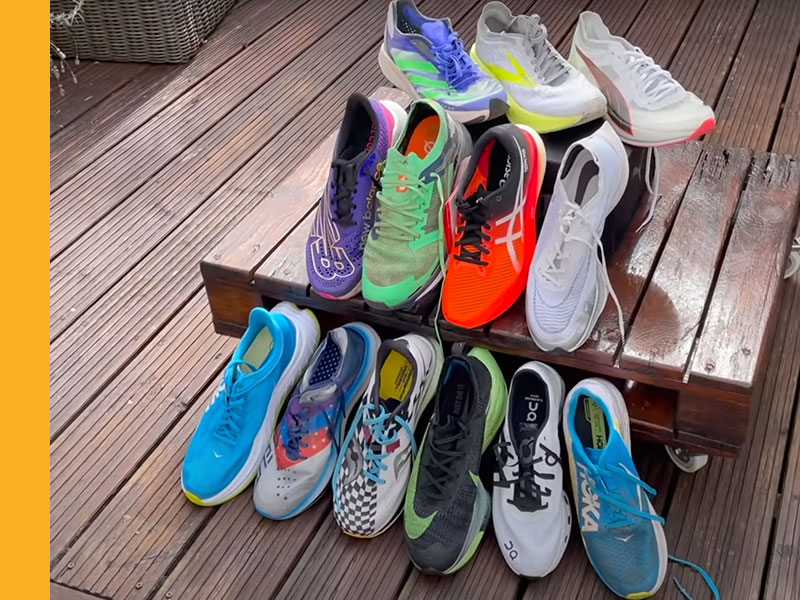 Last year saw pretty much every brand release a carbon plate shoe to try and combat the dominance of the Nike Vaporfly, and the carbon competition has only become more fierce in 2021, with runners now having more choice than ever before when it comes to choosing their racing shoes.

With all these high-class, incredibly expensive shoes to pick from, it’s not always easy to make sure you make the right choice. Between us, The Run Testers have tested pretty much all the major carbon shoes on the market, and in this video we go through each of them, detailing the pros and cons, before giving our personal top picks for 5K, 10K, half marathon, marathon and ultramarathon events.

And if you want to see all of the best carbon plate running shoes we’ve tested over the last few months, here’s a selection of our detailed video running shoe reviews, where we cover everything from the design and fit, to how they performed on the run and whether they’re worth buying. Dive in…

The Nike Vaporfly is back and it’s cheaper than ever, but is it better than ever? Nike has opted for evolution rather than revolution with its updates to the shoe, with all of the changes coming in the upper, which is now made from a knit rather than the Vaporweave material used on the original NEXT%.

Run Testers Kieran and Nick have been putting the Vaporfly 2 through its paces and are ready to deliver their verdict on whether the changes Nike has made have improved the shoe, as well as ranking it against the other carbon racers out there.